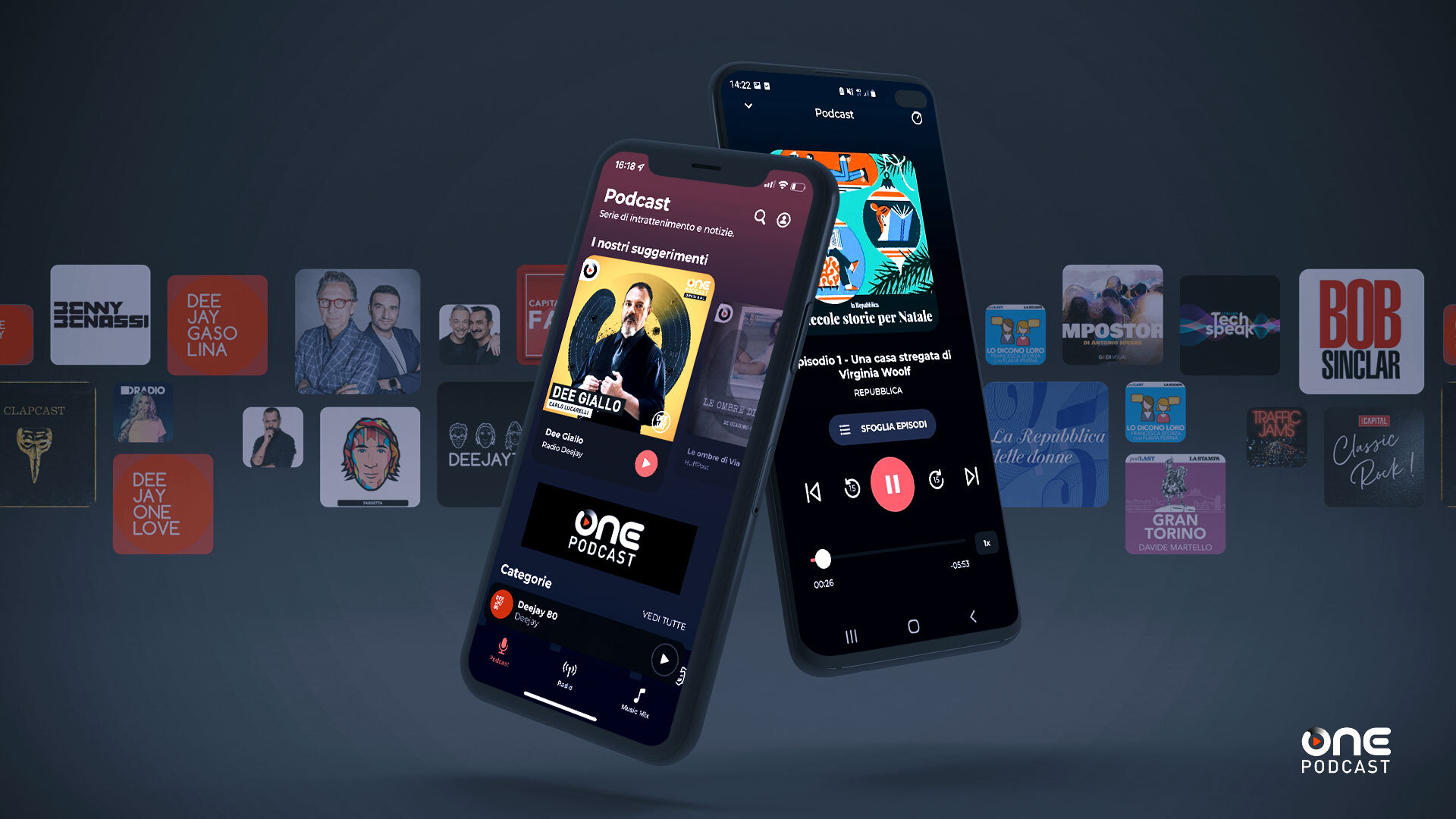 An App that’s easy to open but … difficult to close. 

One Podcast kicks off: news, entertainment and music, thanks to the new App that makes GEDI Group’s entire audio offering available in a simple and immediate way, unique in Italy for its quality and volume.

A project with a vast perimeter, of which we took care of the creative copywriting and the UX/UI process. Our colleagues from Arlanis Reply, GEDI’s company partner, and Concept Reply, front-end/back-end infrastructure specialists, were always at our side.

Strengthened by an exclusive agreement for Italy with iHeartMedia, the world's number one podcast publisher, GEDI makes a move to conquer a rapidly expanding market that has already reached 10 million monthly users, especially among young audiences.

In addition to thousands of highly successful series of every genre, also available in their original languages, One Podcast will distribute the Group’s entire information and entertainment guide: from the content produced by the editors of various newspapers (Repubblica, La Stampa; Espresso, Huffington) , to the live broadcasts of Radio Deejay, Radio Capital and m2o, as well as 42 themed music channels with continuously updated playlists.

This website uses cookies to improve your experience while you navigate through the website. Out of these cookies, the cookies that are categorized as necessary are stored on your browser as they are essential for the working of basic functionalities of the website. We also use third-party cookies that help us analyze and understand how you use this website. These cookies will be stored in your browser only with your consent. You also have the option to opt-out of these cookies. But opting out of some of these cookies may have an effect on your browsing experience.
Necessary Always Enabled
Necessary cookies are absolutely essential for the website to function properly. This category only includes cookies that ensures basic functionalities and security features of the website. These cookies do not store any personal information.
Non-necessary
Any cookies that may not be particularly necessary for the website to function and is used specifically to collect user personal data via analytics, ads, other embedded contents are termed as non-necessary cookies. It is mandatory to procure user consent prior to running these cookies on your website.
SAVE & ACCEPT